This week we have an awesome opportunity to see how judges critique first pages in contests.

The critiques below are from when Vanilla Grass author, Carolyn, won 1st place in the Adult Speculative category of a Beginning of Book (first 500 words) contest.

Zarina flipped the crumbling skull over, hefting it from one hand to the other. It was what, three thousand years old? Probably some high priest or Egyptian noble. In other words: a right snooze. She chunked it over her shoulder where it hit the wall with a crack and burst of bone powder.

There had to be something of greater value hidden around here, or at least something more interesting. Her airship was on its last balloon after her encounter with that ruddy pirate, Rushing. She’d be stranded for good if she didn’t find enough treasure to pay for the costs. And stranded in the Aegyptus desert could only mean death.

Death. The haggard dog that lived in her shadow.

Zarina double-checked the latch where a trailing clear tube hooked into her breathing mask’s patchwork of copper and brass. She exhaled in relief. Secure. Of course. She wasn’t stupid enough to let the poisons leak in. She pulled close the long, maroon vest she wore to fight off the cool of the tombs and ran a hand along the pocked hieroglyphic walls, her fingers rising and falling with the crumbling dimples. She paused to trace around a priest’s particularly sharp nose, then touched the bridge of her own. The resemblance was undeniable.

She moved on, her hand gliding over passages from the Book of the Dead and warnings for grave robbers. May those who defile Horus be torn into a thousand pieces that float down the Nile to the bottom of the sea.

Zarina snorted and the flow of fresh air hissed inside her mask. It was all a bit dramatic, but what was family for? Her mother always said Prince Meryatum’s line was a paranoid bunch, and this was his very tomb. A twinge of pain tightened her chest. Eighteen years and she still missed her everyday.

She swallowed the chilly memories of her mother’s murder, and adjusted her tinted goggles against the glare of the gas lantern. She’d be in a grave soon, too, if she didn’t find something she could hock. She waved her lamp toward the center of the crypt where her umpteenth great-uncle still rested in his burial rags.

“Sorry old man,” she said with a shrug. “A girl’s gotta do what a girl’s gotta do. Besides, if you haven’t crossed over yet, my borrowing a few things won’t make a difference now.”

Muffled yells echoed down the narrow shaft she had crawled through, reverberating around the tomb. She turned and dropped to the floor, listening. Voices this far out in the desert could only mean one thing. Grave robbers; land pirates, filthy sand snakes. But how had they found her? No one should have known where this tomb lay.

Fragments of light shimmered down into the darkness. They were coming. Zarina dug into her pouch and pulled out her buriers; small, brass beetles coated in iridescent green and designed by her ancestors to dig into small spaces.

1. HOOK: Does the intro pull the reader in and hold their interest?

Judge 1: Yep. Got me. Tossing a skull over her shoulder popped my eyes open 🙂

Judge 2: Great voice and interesting setting pulled me right into the story from the first paragraph.

Judge 3: Starting in a tomb, with the protagonist holding a skull is a good hook. It will make the reader wonder what’s going on. It would be a stronger start if the first line had a real punch to it. The introduction of the diggers grabbed my attention as well. I’m interested in seeing what they will do. And who might actually be outside. Good job on all of that. The first few pages of a book need to show readers how your story is different from the competition and you have done that. I have a sense of genre and setting that is so vital to establish as quickly as possible. A greater sense of character voice would improve the hookiness of the first two pages.

2. CONFLICT: Is conflict (physical or emotional) introduced or hinted at?

Judge 1: The cinematic trope of Lara Croft, Indiana Jones, and Brandon Fraser’s Mummy lands the conflict for me. One point deducted because the concept isn’t 100% fresh.

Judge 2: We clearly see what Zarina needs and what the stakes are right away. But, the arrival of the pirates feels like it’s coming from nowhere just to make things more interesting.

Judge 3: Robbing a dark, spooky tomb and the arrival of strangers who can only mean trouble gives plenty of physical conflict. Dramatic tension is based on stating a goal and then throwing obstacles in the way. You did that. The goal is to rob the tomb and the arrival of strangers represents an obstacle to be overcome. What’s missing is emotional conflict. Even though Zarina apologies to her ancestor for her intention to rob the tomb, it feels disengenuous. More of a glib line than an actual emotion.

3. CHARACTERS: Are there compelling people that the reader cares about?

Judge 1: Zarina is a welcome addition to the pantheon.

Judge 2: I liked Zarina from the moment she called the royal a right snooze. So much character building in that one tiny phrase. The family link between her and the tomb is super interesting.

Judge 3: This section does an excellent job of introducing readers to the protagonist. We find out quite about about the character in a short amount of time. And we definately get a feel for her personality. But I’m not particularly drawn to the character. She wants to fix her ship. While there’s nothing wrong about having that as a goal, it doesn’t provide the reader a reason to root for Zarina. All the reader has is the roguish charm of the main character. And maybe that is all you want at this point. Keep in mind that for some readers roguish charm might not be enough. I don’t have a reason to care if she lives, dies, or succeeds in her goal because I don’t feel a connection to her.

4. SETTING/MOOD: Does the story pull the reader into the setting or is there a mood set?

Judge 1: Right from the get-go. Cinematic image-making with nice twists.

Judge 2: There is a light adventurous mood in a cool place, but then there are the steampunk touches that threw me out of the story. The airship is fine, but there needs to be a reason she needs a breathing mask. And while I think the visual of the burying beetles is awesome, I can’t get it to make sense. Is she burying herself? Causing a cave in? Sending them to eat the pirates?

Judge 3: I feel that I have a strong impression of your story world from this section. I can picture myself in the tomb, surrounded by desert, and see those airships outside. At least, I can picture all of that in my mind and that’s what you want to do. This section does what it needs to do – which is what’s different about your story world and why I should like it.

5. PACE/STYLE/VOICE: Does the writer use his/her words to move the story along? Is the “voice” engaging? Does it work for the genre?

Judge 1: This is a writer. The BOB clips right along, with the right style and voice for the genre.

Judge 2: Other than a few awkwardly phrased sentences there is a good strong voice in the piece and we can instantly see that Zarina has lots of personality. Lots of good choices in the use of detail regarding what about her is revealed and what isn’t.

Judge 3: The voice and style of the story is right where it needs to be, so no need to comment further about it. There were a couple of spots where I had to stop and think about what I read. This slows the pace and draws from the overall enjoyment of the story. In the first paragraph Zarina flips the skull and then is hefting it from hand to hand. I couldn’t picture that. Those seem to be two very different actions that don’t fit together. And I didn’t know what was going on with the clear tube/breathing mask thing. This is something unique to your story world and needs to be understood. Why does she need a breathing apparatus? Was there some sort of problem with it? Because, I’m not sure why it was mentioned. Sure, it gave a great bit of visual detail to the scene, but not enough is explained to let the reader know what’s going on. Mention is made of her mother adjusting green goggles, but no explanation of what significance it has to the story. These bits took me out of the story as I tried to figure out what they meant and if there should be more. The more original the story world, the more explanation is needed to help readers understand the significance of what they read.

6. OVERALL IMPRESSION: Does the beginning of the book make YOU want to read more? Why or why not?

Judge 1: Because it is trope-heavy, I would definitely look into borrowing it on Amazon or Audible, but I would want to know more before I decided to purchase it.

Judge 2: I liked this piece. It was fun, the MC had a clear need that she was working to solve in order to address a greater need. I would read on for the adventure.

Judge 3: The story world sounds like one I would enjoy. The characterization and setting details are enough to compel me to finish the chapter. But I’m not drawn to the character. I’m not compelled to find out what happens to her. Treasure hunting because you need to repair your ship is not a strong attracting force for me. What is it that she ultimately plans to do that will make me read the whole book to find out if she succeeds? What great development in the story is going to be so amazing that I have to see it all the way through to the end? I don’t have those. And even though the submission is well-written by an author who obviously has a excellent understanding of the craft, I want to care about the protagonist before I go any further. The good news is that’s an easy fix.

If you’d like to submit your own document for critique, then go to our Free Critiques page. 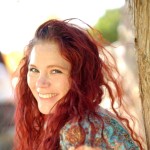